A Success Story From Dr. Gold at Children's Healthcare of Atlanta. 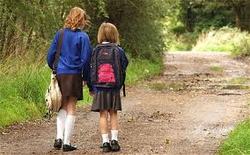 Daughter sees significant improvement after a year on the SCD

Just wanted to send you an update on my daughter. We started SCD on Dec 20, 2007. She was still on antibiotics at the time. We decided to stop the antibiotics on Dec 27. As of today, she has gained 8 pounds! This for her is a lot. She started at 62 lbs. She hadn't gained any weight for 3-1/2 years until now. We are going for blood work next week, so I hope to see significant improvements in that. Once I have that information, I hope we will be able to be a "success story" too, but time will tell I suppose. I am very optimistic, but know that others, including the doctors, will be looking for the long-term success.

About a year later:

Hi Erin- I am sending you an update (see above) after my daughter has been on SCD for over a year now. She is now 12 years old, has gained a total of 14 pounds, and has grown 4 inches over the past year! Her fistula closed, and she has no symptoms. Lab tests show levels of yeast and bad bacteria have declined, though we still need to work on getting those levels down more. My daughter has been 100% following SCD, and we encourage anyone considering the diet to stick to it 100%. We love all the photos and recipes on your site - it gives encouragement to anyone trying the diet that they will not be deprived. Thank you for all you are doing.

Success with the Specific Carbohydrate Diet  9/9/2007

The onset of symptoms was in the Fall of 1997. I was 32 years old and had been healthy and active all my life. Up to then I had zero health problems, not even any allergies. I noticed swelling in my groin area, near my anus. A couple weeks passed and it did not go away. With its location so close to my rectum, I suspected it was related, so I went to see a gastroenterologist first. This was the “ice breaker” of having to discuss my bowels, rectum, anus, etc. and having my butt examined. I felt very embarrassed; these are body parts that people don’t typically discuss! The gastroenterologist didn’t know what the swelling was and suggested seeing a general surgeon. The general surgeon, after examining my butt inside and out (more embarrassment), determined it was an abscess. He lanced it and cleaned it out (ouch!) After this, I began to have odd bowel habits; nearly every evening I would have the urge to defecate repeatedly, though I would only pass a small amount of stool. The feeling would be preceded by a nauseous feeling. During a follow-up examination, I described this to the general surgeon and he indicated that was a symptom of “colitis”. That was the first time I heard that term! I went back to the gastroenterologist and he suggested a colonoscopy. A week later, he diagnosed me with Crohn’s disease (another first) and said I would have the disease for the rest of my life. He said Crohn’s is somewhat of a mystery; in that it has some indications of an infection and some indications of an auto- immune disease. He prescribed Asacol and said I would likely be on some form of medication for the rest of my life. WOW...I have been diagnosed with a chronic disease...how could this be!? It was now the Spring of 1998.

Over the following weeks I took a regimen of Cortisone/steroid and continued to take the Asacol and the urge/need to defecate varied from a couple to several times a day and sometimes I would pass bloody stool. Hoping to find a solution/cure, I contacted the well-known and respected Shands Hospital at the University of Florida in Gainesville, Florida. When I was able to get to Shands, they did more internal (sigmoidoscopy) and external examinations (the site of the lanced abscess had not closed and was now a fistula). By now I was over being embarrassed to talk about my bowels and previously “unmentionable” body parts. They prescribed more Cortisone/steroid and Pentasa instead of the Asacol. The Shands doctor also said the disease was somewhat of a mystery, but that there was no relation with diet. The Cortisone and Proctofoam provided some relief from the frequent bowel movements, pain and bleeding. My symptoms gradually got worse though, and over several months I had lost 20 pounds. My symptoms were; abdominal pain, nausea, little appetite, little salivation, indigestion (belching) and heartburn every evening, fatigue every evening, rapid pulse, fever every night, bloody and PAINFUL bowel movements, and one fistula. The Shands doctor then recommended I go on Imuran (a strong immunosuppressant). It would require regular blood tests to monitor my liver function. He said it is a drug you go on and likely do not go off. Whoa!...this sounded serious to me! I believe I was gradually dying. I told him I intended to exhaust all alternative treatments before starting the drug. It was the Fall of 1998.

At about this same time my sister, while researching treatments for Crohn’s, discovered the book; Breaking the Vicious Cycle; Intestinal Health Through Diet by Elaine Gottschall. The book said after one month on the diet (which is generically called the Specific Carbohy drate Diet – SCD), you would know if it was going to help. On New Year’s Day 1999, with my wife’s support, I decided to commit to a month on the diet. After only two weeks, I felt much better! I no longer had indigestion! No abdominal pain! No fever! No rapid pulse! My bowel movements were no longer painful, nor my stool bloody! After one month, I had gained about 10 pounds back and the only symptom remaining was the fistula! At six weeks, the fistula was gone, too! At two months I was back to my old 180 pound energetic self!

At my request the doctor at Shands Hospital allowed me to gradually taper off all medications; and still no symptoms. He was interested in the “remarkable” recovery, but he said that I was anecdotal evidence that the diet works. I stuck to the diet strictly for one year after all symptoms had subsided. After that I began cheating some. To this day, I generally eat according to the diet but not strictly. I am in excellent health, with no sign of any chronic disease! A couple times, when I have cheated too much for too long, I have noticed the swelling begin (the original symptom when it all started). I jumped back to the diet strictly and the swelling disappeared.

It seems some of us just cannot tolerate the modern Western diet; high in refined flours and sugars. The diet we must follow, generically called the Specific Carbohydrate Diet, is much healthier anyway!

I make an effort to openly discuss that “I have Crohn’s disease”. It is amazing how many people respond with, “I have a friend [or relative] with that”. I tell them about the diet and suggest they let their friend know about the www.scdiet.org website, or contact me, to find out more. 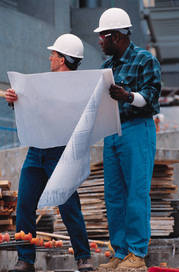 My husband was diagnosed with Crohn's in August 2006. Fortunately, unlike some, we had a relatively quick diagnosis. He had been suffering from increasing pain which finally reached the point one night where he thought his appendix had ruptured. (So did the doctors, at first!) The actual diagnosis was mild to moderate Crohn's with a severe flare. The doctor put him on Prednisone and Pentasa. We also got the bland food discussion, (white bread, crackers, ensure, etc.) And the encouraging words that "nothing really helps," and "you will suffer with this your entire life," not to mention the words, "probably surgeries, colostomy, abscesses, resections."

We came home with a case of Ensure and drugs. He felt better with the Prednisone right away, but still couldn't eat. Meanwhile, I began researching Crohn's and was dumbfounded at how people could live on a diet of chemicals and processed food. How could this be good for a *digestive* disorder? I stumbled on the SCD and had “Breaking the Vicious Cycle” ordered from the library that day. I just had a feeling this was not a hoax. The husband agreed to give it a try, and we set off on our adventure right away in October 2006. It was horrible trying to navigate the kitchen and the recipes and the menus; being used to so much variety it seemed so terribly limited. But, we persevered. And it turns out that with experimentation the diet isn't so terribly limited! And the husband? He felt better and better and better - than he had in YEARS. He said that the feeling "bad" had been so gradual and had been going on for so long that he'd forgotten what it felt like to feel GOOD.

We went AMA like everyone else, and he quit the Pentasa cold turkey and stepped down the Prednisone as quickly as the doctor would allow. The entire time he told us that "Diets don't work. You are making a mistake and you are going to end up in the hospital."

We do make every effort to follow SCD 100%. The only "cheats" we have stem from living in a very small rural area without a lot of shopping options! And fortunately, they don't bother him. Chicken without solution added isn't to be found. We have, on occasion, used powdered garlic. That's about it. Occasionally, he's eaten foods at a restaurant that may have been illegal. A couple of months ago, he wanted to try some spelt noodles. He had an eagerly anticipated handful, and although they didn't bother him, he said he guessed he didn't miss pasta as much as he thought. The worry over the possible effects probably put a damper on the thrill! It does seem that anything that doesn't agree with him happens fast, so it is easy to trace back.

I think starting the SCD so soon after his first real flare is what helped him heal so quickly. Maybe there wasn't years of damage to undo. It has been great for us. Last month, he had surgery to remove a tumor in his stomach. (Not Crohn's related.) They did have to remove 16 inches of bowel around the tumor. The doctor said that the bowel tissue was Crohn's positive, but he had no signs of any active Crohn's and that everything he could see during surgery looked great. Most people don't get an exam that is that up close and personal!

​NoMoreCrohns.com is a participant in affiliate advertising programs and we earn from qualifying purchases from Amazon.com, Wellbee's and Luvele.